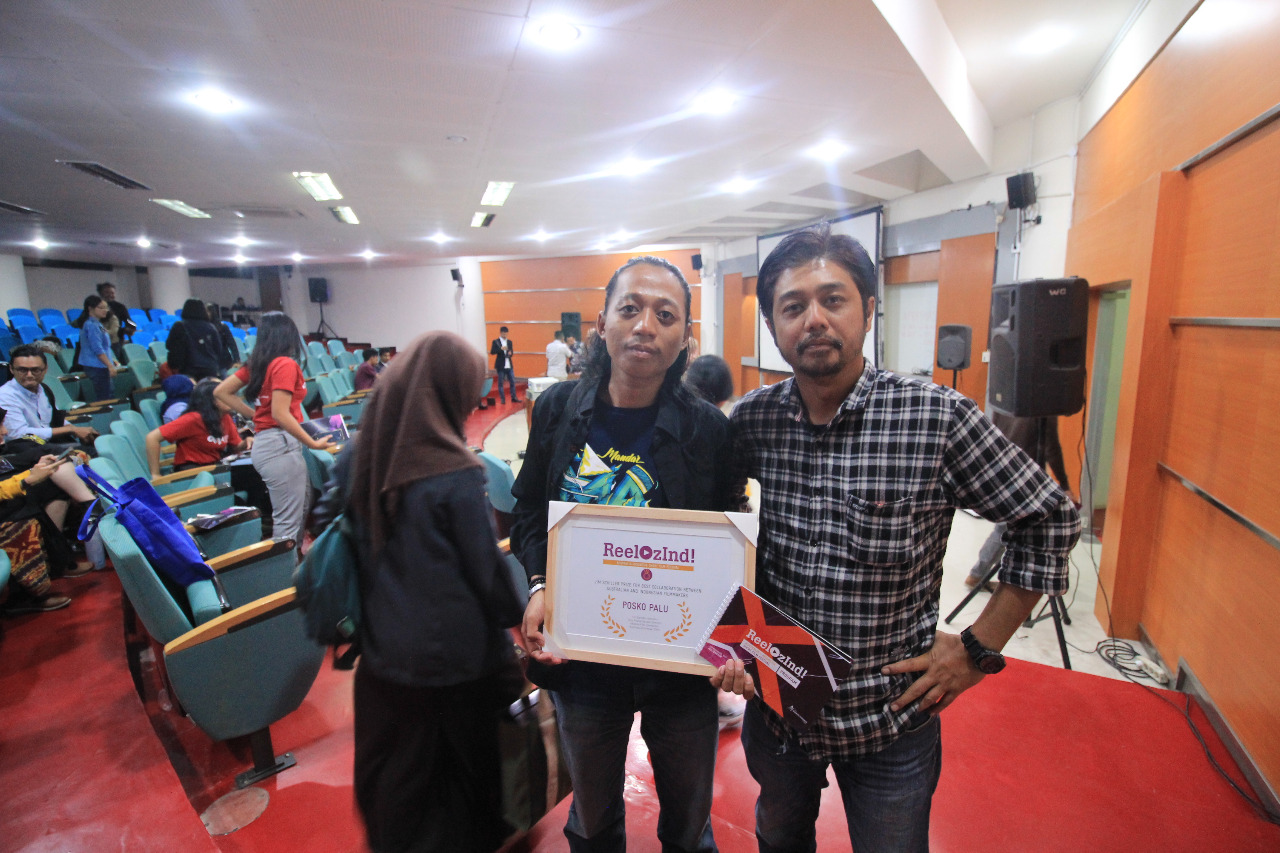 MELBOURNE, 8 October 2019 ⁠— The 2019 ReelOzInd! Australia Indonesia Short Film Festival was launched in both Melbourne and Bandung this past weekend, screening a shortlist of films from both countries alongside Q&A sessions with selected filmmakers. Festival winners and special mentions were also announced during the evening’s events.

Celebrating its fourth year, ReelOzInd! was opened by Her Excellency the Honourable Linda Dessau, Governor of Victoria, at the Institut Teknologi Bandung in Bandung and by Festival Director, Jemma Purdey, at the Treasury Theatre in Melbourne, on Sunday, 6 October.

In attendance at the Melbourne event was Consul General of the Republic of Indonesia for Victoria and Tasmania, Ibu Spica Tutuhatunewa. She and an enthusiastic crowd enjoyed a lively Q&A following the screening, featuring winning and shortlisted filmmakers alongside Jury member Nick Baker. Movie Metropolis host Peter Krausz generously hosted the discussion, which drew out a great range of motivations and processes.

“[We] wrote all throughout the day, and then we … shot the whole thing in one night,” said Jahvis Loveday, co-director of Best Young Filmmaker winner Home. This was upon being told by his teacher that entries for his school’s film competition closed the next day. Hayley Winock, in contrast, self-taught clay-mation filmmaker, described her drawn-out process: “Every time the camera angle changes, that’s a new session, a new day.” Hayley received a Special Mention for Munchies.

Best Fiction winner Ali Mousawi (My Name is Mohamad And Raghad, We Don’t Exist Here Anymore) was also on stage, and described the risks of filmmaking in his native Iran. He also spoke of the difficulty of seeking asylum in Australia (the focus of his film), and the challenges of shooting films in one-take: “After 12 takes we hadn’t even reached the entry to the building [30 seconds in].”

Joining the Governor of Victoria at the Bandung event was Mr Arfi Rafnialdi, Australia Indonesia Leaders Program alumni and now Chair of the West Java Governor’s Team to Accelerate Development, Dr Hafiz Aziz Ahmad, Vice Dean of the Faculty of Fine Arts and Design at ITB, and leaders of the Australia-Indonesia Centre from its Jakarta and Melbourne offices.

A full list of prize-winning films is as follows:

Following the big premieres, ReelOzInd! will continue as a travelling festival through into December, with stops already confirmed in East Java, Central Sulawesi, New South Wales, the Australian Capital Territory and more. A full list of festival dates and locations can be found here; new dates will be added as more events are confirmed. From today until 16 December, the general public is also invited to vote for their favourite shortlisted film.