Yosep Anggi Noen was born in Yogyakarta. He is a director, screenwriter and producer. Anggi studied Communications at the Socio-Politics Faculty of Yogyakarta’s Gadjah Mada University. His first feature Peculiar Vacation and Other Illnesses premiered in 2012 Locarno where it received a special mention. It also won the Dragon and Tiger Award for Young Cinema, at Vancouver IFF and received 2 awards from Ministry of Education and Culture Indonesia. The film then traveled to over 25 festivals.

His short film A Lady Caddy Who Never Saw a Hole in One won best short film at Busan IFF 2013 and the Grand Prix of Tokyo Short Short FF 2014. Genre Sub Genre screened in Rotterdam, Seoul Mediacity and was awarded the Jury Prize in Arkipel International Experimental and Documentary Festival 2014. Another short, Love Story Not was screened in Busan 2015 and Rotterdam 2016. His second feature and latest film is the highly acclaimed, Istirahatlah Kata-Kata about the poet and activist Wiji Thukul. The film has screened in festivals around the world winning the the Golden Hanoman Award at the Jogja Asian Film Festival and 2016 was voted Best Film for 2016 by Tempo magazine. It took out the Best Film award in the ASEAN Film Festival in May 2017.

Andrew Mason is a producer with more than 30 years of industry experience in film and television production. He produced New Line’s kafkaesque thriller Dark City in 1998, directed by Alex Proyas. Between 1998 and 2003 he served as producer or executive producer for a string of US studio pictures including the Waschowski brothers’ The Matrix and its sequels, Matrix Reloaded and Matrix Revolutions, as well as Red Planet, Scooby Doo, Queen of the Damned, and Kangaroo Jack.

During this period he established City Productions to develop and produce Australian films, including Swimming Upstream (2001) and Danny Deckchair (2003). In 2011, Mason established Hopscotch Features in partnership with fellow producer Troy Lum and writer John Collee, and under that banner has produced Adoration (2013); I, Frankenstein, Saving Mr Banks and The Water Diviner. He has also served in a number of official roles including Deputy Chair on the board of the Screen NSW, the board of the Sydney Film Festival, and the Council of Australian Film Television & Radio School.

Fransiska ‘Cika’ Prihadi is the program director of MINIKINO (year-round screenings and workshops, with the international short film festival – 3rd Minikino Film Week in Bali, 7-14 October 2017). She’s also an architect, an entrepreneur in out-of-school learning and film appreciation. In May 2017, she represented MINIKINO as part of the selection committee for Seashorts 2017 Competition in Kuala Lumpur, Malaysia.

Sonia von Bibra is an Executive Producer at Clemenger BBDO. Starting her career as a fine art buyer in London, Sonia made the move to production when offered an opportunity by legendary director Fred Schepisi. After working with directors for fifteen years, she moved agency-side, joining Clemenger BBDO Melbourne 10 years ago. In that time, she has built a team of professionals including producers, editors and in-house production facilities.

Professor Krishna Sen, is Dean of the Faculty of Arts at the University of Western Australia, and is an internationally recognised scholar of contemporary Indonesian and media studies. Krishna has held teaching and research positions at Murdoch and Curtin Universities, and was the Executive Director for Humanities and Creative Arts at the Australian Research Council in Canberra, just prior to taking up her position at UWA.

Krishna is a Fellow of the Australian Academy of Humanities (FAHA) and founding member of the Australian Research Council’s Asia Pacific Futures and Cultural Research Network. In 2014, Krishna was appointed to the Reference Group of the New Colombo Plan under Minister Julie Bishop. She is also a member of the Hawke Research Institute Advisory Board and serves on the editorial boards of several national and international journals.

Novi Kurnia is a lecturer and researcher at the Department of Communication Science, Faculty of Social and Political Sciences at Universitas Gadjah Mada, Yogyakarta, Indonesia. She is also a researcher at Pemantau Regulasi dan Regulator Media (PR2Media, Media Regulation and Regulator Research Centre), Yogyakarta. Kurnia finished her PhD study at Flinders University, South Australia, in 2014. Her thesis about women film directors and their films in post-New Order Indonesia. She also completed her master program at Flinders University in 2007 by writing a thesis about the discourse of polygamy in Indonesian cinema.

Kurnia is also the founder and chair-person of IF!fest (Indonesian Film Festival) held in Adelaide in 2006, 2008 & 2009. She has organised and served as a jury member for several film festivals in her hometown, Yogyakarta. Her main interest is film, media, gender and cultural studies. Her works published in national and international journals and books.

10 October: The University of Tasmania (in association with AIYA Tas) 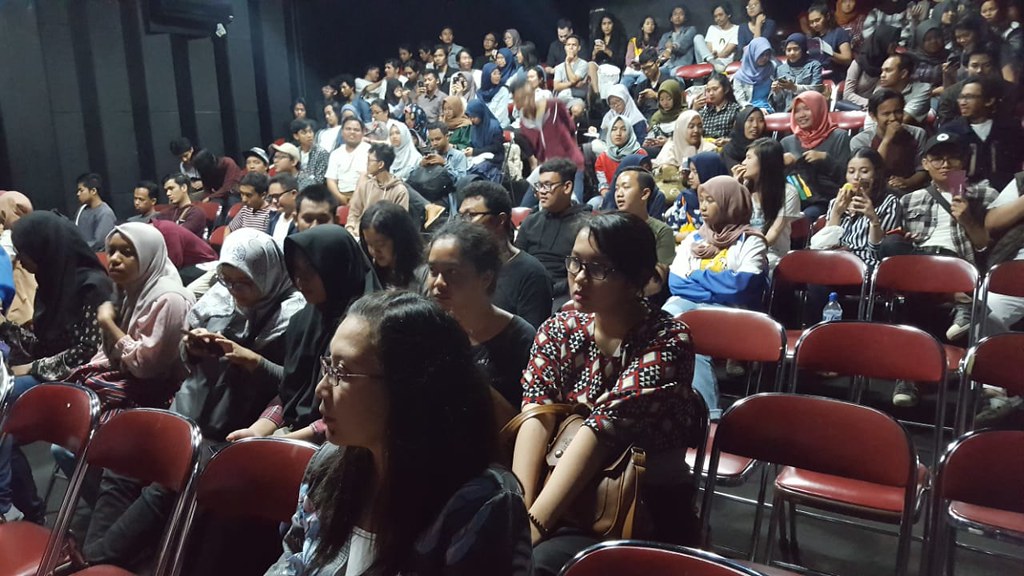