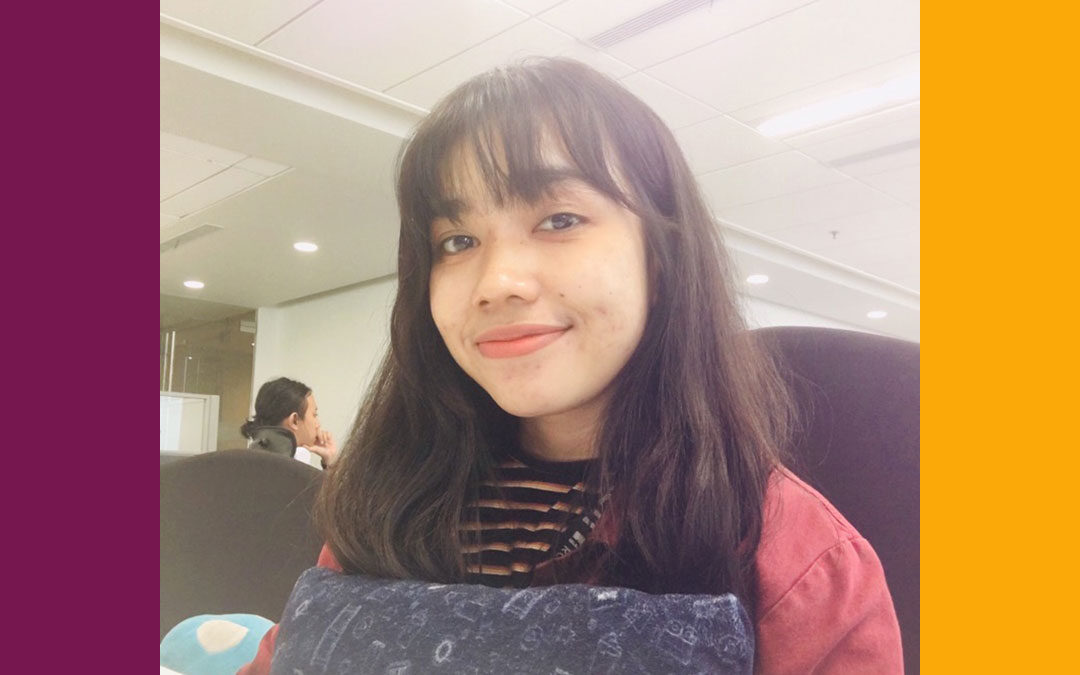 We continue our series of Q&As with ReelOzInd! 2020 winning filmmakers with Fabiana Alam, the producer of Mayang O Mayang, the recipient of this year’s Best Fiction award.

Fabiana Alam is an experienced graphic designer and social media expert, who started her filmmaking career as co-producer of the short film LASAGNA (Eve Without Adam). She teamed up with director and writer Anggita Puri to produce Mayang O Mayang. In it, Joko dreams about a woman in a shawl he considers to be his match and embarks on a search for her. On his way, he repeatedly bumps into a Betawi puppet, or Ondel-ondel.

I am still a beginner as a filmmaker, and Mayang O Mayang was the first for me to become a solo producer. I dreamed that the film that I produced could be screened and shown at international film festivals, and Australia became one of the countries I dreamed about because Australia is one of the most developed countries in the world and has great support for the film industry inside and outside Australia itself. Then, I found ReelOzind! Australia Indonesia Short Film Festival, a collaboration between Australia and Indonesia that supports indie filmmakers in Australia and Indonesia without giving boundaries of ideas and space. Without hesitation I submitted Mayang O Mayang to ReelOzind! Short Film Festival.

Working in a big city, such as Jakarta, which is also the capital city of Indonesia, is not easy. Many people come to the capital city to try their luck, unfortunately, many fail. They must find a variety of different ways in order to survive. Even so, each city has its own magic especially for those who never give up on achieving their dreams.

What I feel the most impact has been on how we communicate  – everything has become completely digital. Although we have often done many things digitally, it is in fact quite difficult to fully adapt to digital. Sometimes it can lead to misunderstandings, or not being able to communicate at all due to a poor connection.