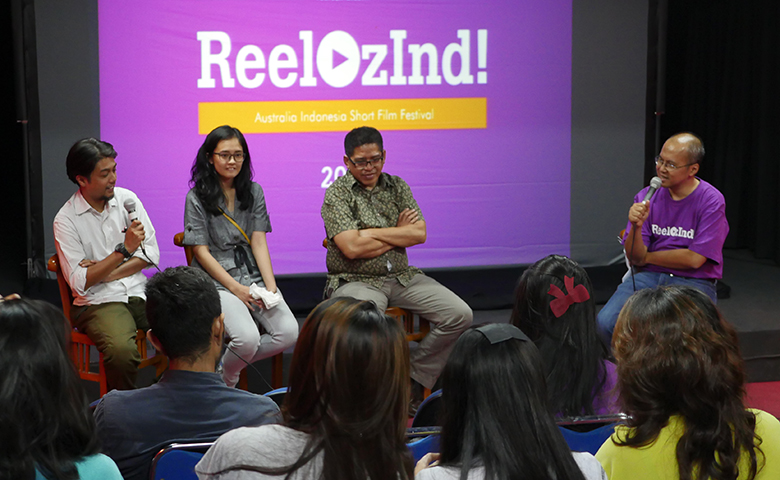 Indonesian filmmakers Dery Prananda and Kartika Pratiwi have been announced as the recipients of the 2017 John Darling fellowships, and will undertake an intensive course in ‘Video-making as Research’ at Monash University’s School of Film and Journalism.

The John Darling Fellowships were first offered in 2013, and again in 2015, in honour of the Australian-born filmmaker who lived and researched in Bali for two decades, producing nine documentary films as well as writing books and poetry.

A filmmaker for over a decade, Dery Prananda has produced documentaries focusing on human rights, social and environmental issues, coming to the attention of the ReelOzInd! Australia Indonesia Short Film Competition judges with his moving elegy Amelis, which ultimately won Best Fiction and Best Film.

Kartika Pratiwi is an independent researcher working with groups producing documentaries following the history of Indonesia’s social and political change as well as contemporary issues. She has contributed to organisations that use film as a learning tool, and who connect journalists, filmmakers and activists.

According to the Herb Feith Foundation, The John Darling Fellowship is “designed to train emerging Indonesian documentary filmmakers in Australia so that their film making skills, commercial knowledge and awareness of archiving principles are enhanced”. Pak Dery and Ibu Tika will take part in intensive training at Monash University’s School of Film and Journalism in the middle of 2017.