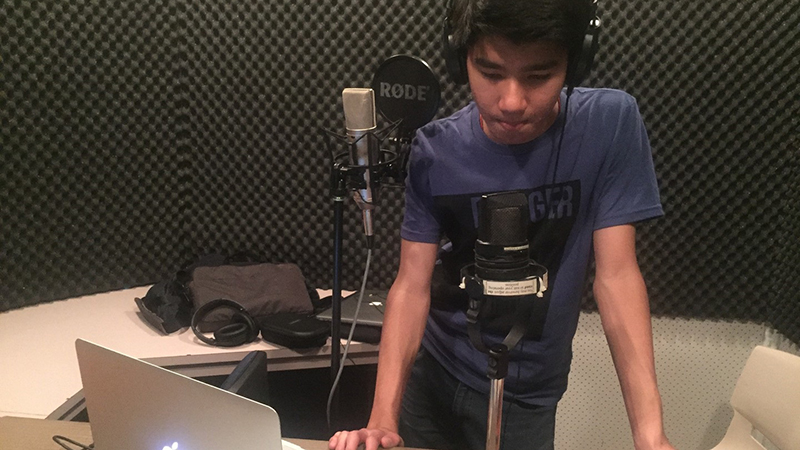 Radheya Jegatheva is writer, director and producer of iRony, winner of Best Animation Short Film for ReelOzInd! 2018. Radheya was also a previous finalist in the Young Filmmaker category in ReelOzInd! 2016 with his short animation, Journey.

Tell us about iRony? What was your inspiration for the film?

iRony is a film that explores the relationship between man and technology… told from the perspective of a phone. The message of the video isn’t to say technology and social media is evil and we should go back to the stone age, it’s about humanity and our relationship with it. This entire film was created on my laptop, the soundtrack is completely digital, and I use social media and technology – this all goes back to the name of the film, iRony. We reap the benefits of social media and technology every day and of course it’s incredibly useful and convenient. I just wanted to look at particular aspects of it through a more critical lens and bring awareness to terrible issues such as cyberbullying and in turn, teen suicide. My goal with this film was to hopefully cause discussion or at least contemplation about these issues in a creative way, and to make people reconsider the overconsumption of social media or the ways in which it can be harmful. The inspiration behind it was a poem I wrote called 7 Billion.

How long did it take to write/ design and produce the film?

It took me a month to write the original poem. It won a national poetry award in Australia. Then I thought I should turn it into a film. Adapting for film, creating the animations and composing the music took about 5-6 months (part time, of course, as I was in my final year of high school)

You’ve been making accomplished animation shorts for a while now. Are you planning a career in film? What’s next for you?

I certainly hope so. My films Journey and iRony have now been selected to seven academy award-qualifying festivals, but not quite reached the Oscars long list. That’s my goal for now. In the meantime, I will keep studying techniques, and working on new film.

How do you think Indonesian and Australian audiences will respond to your film?

I hope they find a part of themselves in the film or their friends and family, and maybe they see something they could improve and adjust the more extreme behaviours associated with social media.