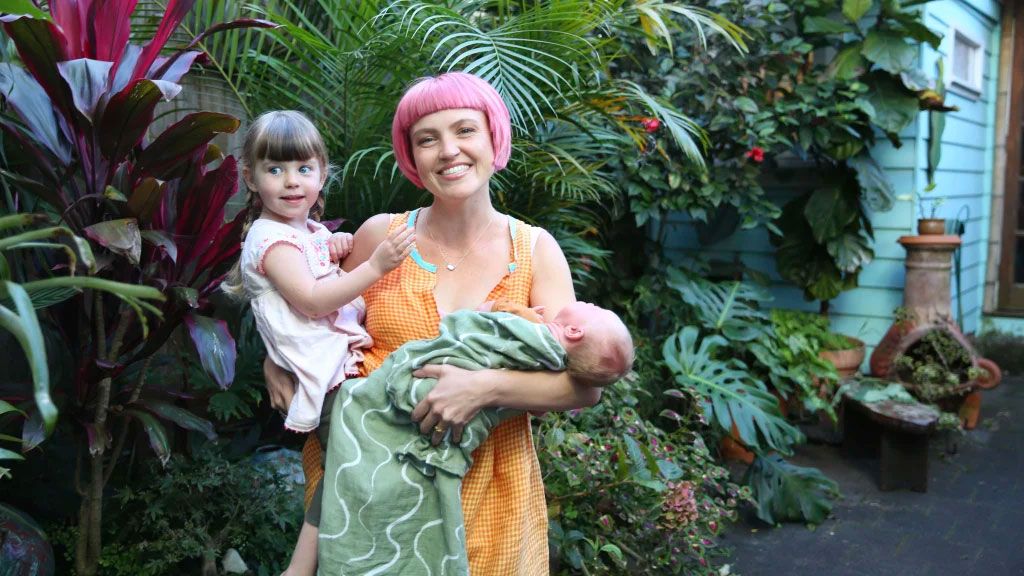 ReelOzInd! 2018 winner and 2020 jury member Ruby Challenger will head to the Cannes Film Festival later this month after her short film MumLife was selected as part of its prestigious La Cinef program.

La Cinef is part of Cannes’ Official Selection, which chooses between fifteen to twenty films each year from film schools around the world. A jury then awards prizes to the year’s top three works.

“I sat on the floor screaming and crying with my toddler going, ‘What is going on right now?’,” Ruby told the Sydney Morning Herald, detailing the moment she found out about her selection.

“Every filmmaker in the world wants to go to Cannes.”

Ruby has said she’ll be taking her two daughters, three-year-old Scout and one-month-old Lux, along with her.

“[Husband Eli] is going to hold the baby off to the side of the Palais [des Festivals] all day and I’ll come and breastfeed whenever I can,” she added.

Ruby’s children served as the inspiration for MumLife, which collects stories and experiences from new mothers. The film was made as part of the masters program at the Australian Film Television and Radio School. Screenwriter Gerard Dewhurst and composer-songwriter Sophia Christopher collaborated with Challenger for the endeavour, while Chloe Bayliss stars as first-time mother Sarah.

Ruby is no stranger to awards; her first short film Daily Bread premiered at Flickerfest 2018 and was awarded Best Film and Best Fiction honours at ReelOzInd! 2018. She then graciously served on the ReelOzInd! 2020 jury in the first year of the pandemic, pivoting with the festival to take part in an online question and answer session that followed its presentation.

“It was nerve-wracking,” Ruby said of her experience as a jury member. “You see everybody’s beautiful offerings… putting everything they have into it.

“It was kind of like naming my daughter last year,” she continued. “I was like, ‘oh my god, this is a really big responsibility!’ – I’m responsible for all of these peoples’ beautiful films. It was so wonderful to sit down and have hours of sitting in the Indonesian landscape, and the Australian landscape. It was really beautiful to have that time and think about that.”

“Ruby is such a generous person and a wonderful storyteller and filmmaker, and her character shines through in everything she does,” said ReelOzInd! festival director Jemma Purdey. “MumLife is a celebration of mums everywhere; I can’t think of a more deserving film to have been selected as part of Cannes’ La Cinef.”

The Cannes Film Festival runs between 17-28 May.