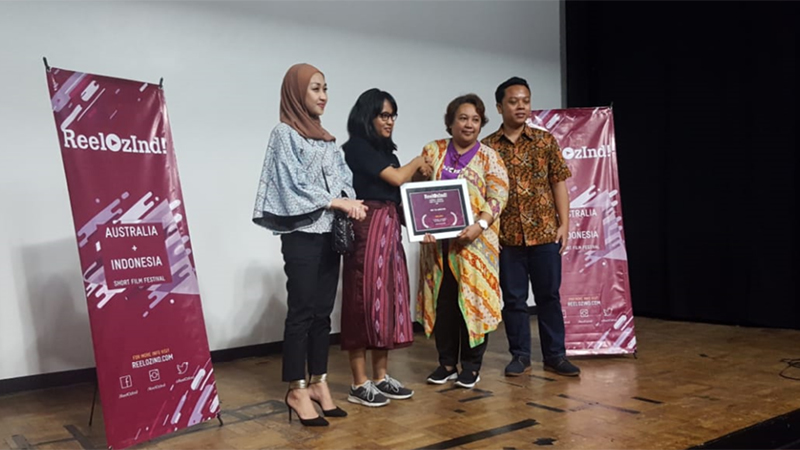 Wucha Wulandari is the writer and director of Muslimah, the winner of Best Collaboration in ReelOzInd! 2018 , working in tandem with Australian production initiative Kinetic Collective.

Tell us about Muslimah. What was the inspiration for the film?

When I received an Australian Awards Fellowship for a project that was about Women Muslim in Media, I thought “Muslim? Yes, I’m Muslim but I don’t wear Hijab like many Muslim women do, at least in Indonesia”. For the first time, I felt very weird about this theme, like, perhaps I don’t really know about my religion, but I decided I would talk about Islam.

After two weeks in Australia, I learned various perspectives about Islam. I’m from Indonesia and I got to meet and work with Afia Pina, who is from Bangladesh; that’s two majority Muslim countries with the largest number of Muslim women in the world. I also met young Australian Muslim women, like Samiha, who told me about her perspective growing up in country where Muslims are a minority. So, while I was in Australia I was introduced to all these different ways to be Muslim.

Then I thought back to my own childhood and remembered what it was like growing up with two mothers and the different perspectives they offered about Islam. I remembered their different opinions would sometimes confuse me when I was a child and occasionally cause trouble.

Sometimes I felt that my First (biological) Mother was right and sometimes I thought my Second Mother (my father’s sister) was right too. However, I understand now that the advice provided by both of my mothers is well-meaning. Based on my childhood and my experience in Australia, I know there are so many different perspectives. That’s why I wanted to make a documentary about Muslim women built around their statements about how Islam shapes their lives.

This is a very personal story. How did it feel to share so much of yourself on film?

In the beginning I was very worried that my mums would get angry. They know I was making a film on this issue but I was not sure if I would share the result with them. But maybe now it has received this award I will feel more confident.

For me, it is important to share your experience and together see that there is more than one perspective.

How would you describe the collaborative process overall?  Would you encourage other Indonesians to do the same?

See Me, Hear Me Project is an exciting new pilot project developed by Kinetic Collective that ran from the 12th of February until the 10th of March hosted by Griffith University.

Facilitated in Australia, the program aimed to build the skills and capacity of women working in the film and media industry in Bangladesh, Indonesia and Sudan and provide a platform to discuss and develop strategies for addressing gender equality in the media at a local, national and international level. The project provided training for filmmakers from predominantly Muslim countries in technical film skills, online media, facilitation and community dialogue, networking and stakeholder engagement to capture discussion on changing identities. An output of the project was a collection of four short films that were released at an event in Brisbane on International Women’s Day 2018.

As a pilot there is no guarantee the program will continue, but I hope Kinetic Collective gets an opportunity to host it again, because from this program we can get to know more perspectives and it provides opportunities for networking. For young Indonesians, to have the opportunity to take part in this program which involves collaboration with another country (neighboring country), allows us get to know the condition and culture of our own nation also. And we can do something more relevant.

Your film tackles an important issue in the lives of many Muslim women. How do you think it will be received by ReelOzInd! audiences in Indonesia and Australia?

I understand this issue is very sensitive, especially for Muslim majority countries. That intrigues me. When I met Afia, a Muslim women from Bangladesh, Samiha, an Australian Muslim woman, and more Muslim communities in Australia, I grew to learn from their stories. I got to know that Muslim women in various parts of the world are struggling to resist stigma and social pressure.

I felt the personal method for this film was appropriate to deliver this story to a wider audience. For me what was important was to convey the message that all people have their own interpretations and as humans we should always value and respect each other’s opinions. 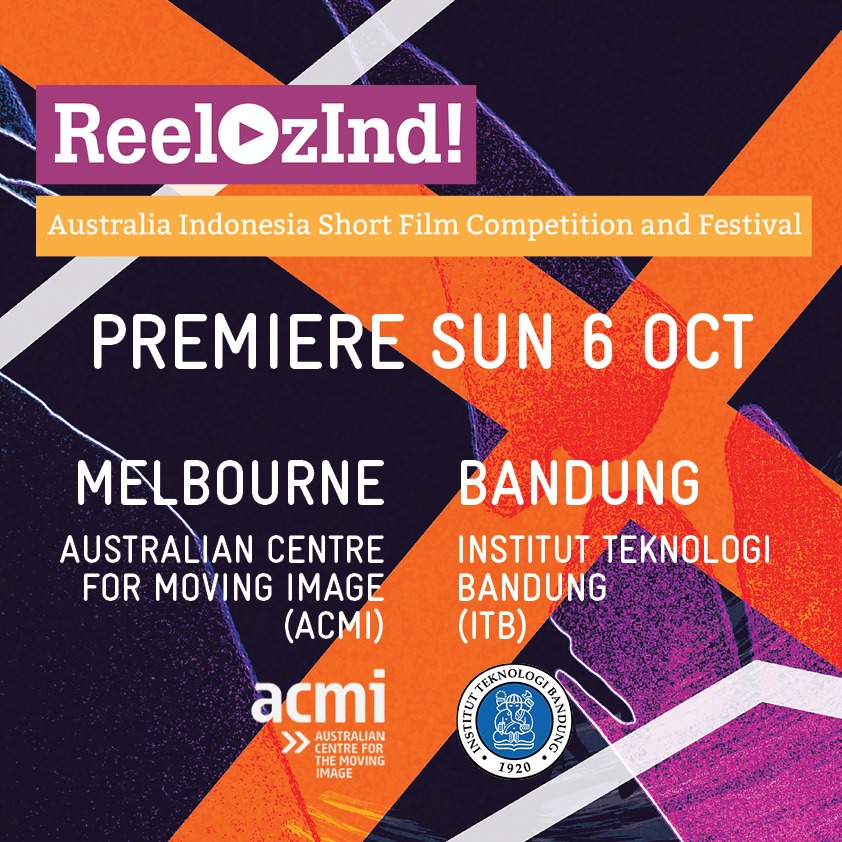