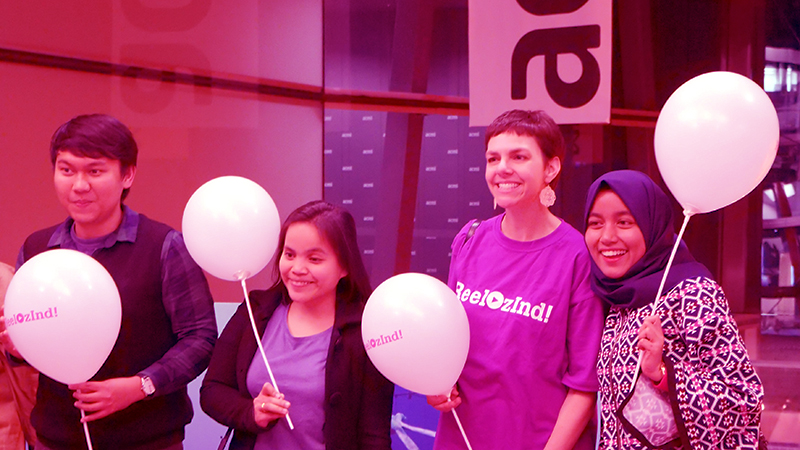 The third ReelOzInd! Australia Indonesia Short Film Festival is set to premiere in Melbourne and Yogyakarta in September.

This year saw the most entries ever – 170 short films from both nations – and the shortlisting process has already begun.

Once that list has been narrowed down to the best of the best, our esteemed judges will select the winners for Best Film, Best Documentary, Best Fiction, Best Animation, Best Youth and Best Collaboration.

New to the judging panel this year is multi-award-winning Executive Producer from Clemenger BBDO in Melbourne, Sonia von Bibra. She brings a wealth of experience gathered from over twenty years in production and marketing.

A selection of this year’s winning and special mention short films will screen at the Australian Centre for the Moving Image (ACMI) in Melbourne and at Institut Français d’Indonésie – Institut Prancis di Indonesia (IFI/LIP) in Yogyakarta on Wednesday 26 September.

Following these premiere events, the festival hits the road once again with pop-up screenings at schools, community centres and cinemas across both Australia and Indonesia. Anyone can get involved by applying to host a pop-up event.