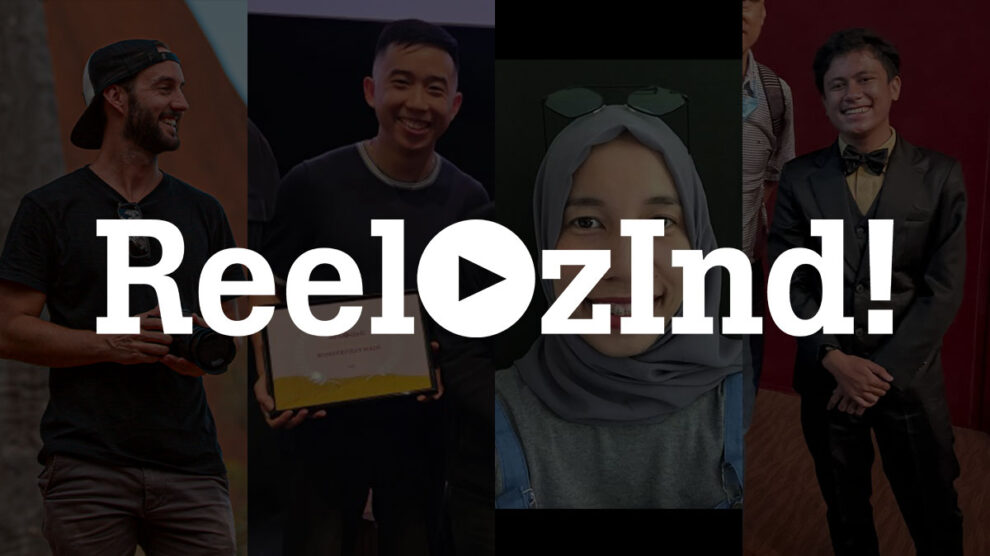 For Ed Coney, the theme of ‘suara/voice’ at this year’s ReelOzInd! film festival was a neat fit for the story he sought to tell about Rohingya refugees.

Coney, based in Sydney, won the award for best documentary, impressing judges with his short movie about a young woman named Sajeda in A Rohingya’s Journey.

“My film is all about someone finding her voice and using it to share her story so that it might help her community,” said Coney after receiving his award.

“A Rohingya’s Journey felt very well suited to this year’s theme and I want to share Sajeda’s story with as many people as possible.”

Speaking with Coney, his passion for film is apparent.

“I love documentary filmmaking. I’m passionate about capturing engaging and important stories, and I find film is the perfect medium to share that with others so that it might have an impact,” he said.

“My aim is to raise awareness and shift perceptions. It’s an amazing journey to go on and often you don’t know where things will lead, so it’s a process of discovery that keeps me wanting to do it.”

Coney’s knowledge of Indonesia is based on travel and watching other documentaries.

“I’ve been fortunate enough to travel to a few places around the country and I would love to see more of the country,” he said.

Watching the film festival from Sydney as it premiered online in late October, Coney enjoyed the film Wonderfully Made by Joseph Hoh, a production that won its director the best animation award.

Wonderfully Made reminded Coney of a favourite poem by American writer Max Ehrmann.

“Part of the poem goes, ‘You are a child of the universe no less than the trees and the stars; you have a right to be here. And whether or not it is clear to you, no doubt the universe is unfolding as it should’,” Coney said.

“I found it moving and the film score was excellent too.”

Coney has a small film production business and is keen to do more short documentaries as well as feature-length work in the future.

“I’m on the lookout for funding and grants to support these efforts,” he said.

For Joseph Hoh, film – and particularly animation –  has a special power, reflected in his movie Wonderfully Made.

“I’ve found that film, particularly animation, is a medium that has the unique capability to cut through our rational minds and inject truth into our hearts, like a sort of Trojan horse,” said Hoh, reflecting upon his work.

He too found meaning in this year’s theme.

“To me, a voice implies personhood, and personhood always comes with significance.

“The heart of my film is to explore the intrinsic value and beauty of individual human life – its essence,” he said.

“There are two ‘voices’ in the film, Nino’s and another more mysterious one calling from the sky. Through this simple use of a voice I hope to suggest that the personhood behind the brilliance of creation, is also the hand that crafted the beauty of mankind.”

“My partner is Indonesian, so she has been introducing me to all things Indo,” he said.

“The reason I applied for the ReelOzInd! festival was because of her.”

Hoh plans to transform Wonderfully Made into a children’s book.

“Something about having a child watch the film on screen and then be able join Nino on the adventure before bed really delights me,” he said.

“I don’t want to just take screenshots of the film and slap them onto a page, so I’ll be taking the time to learn the craft and hopefully deliver a solid product in 2023!”

For Indonesian film producer Yuh Rohana Meliala, ‘voice’ resonates with that of ‘freedom’.

Freedom is a theme that runs through The Scent of Rat Carcasses, the movie produced by Yuh and directed and written by Dharma Putra Purna Nugraha in the category of best fiction.

The Scent of Rat Carcasses is about a mother and daughter who, after the death of a husband/father, have the choice to be free and determine their own lives, but must also face new challenges.

The idea came from when the director, Dharma, visited a friend whose father had recently died, their conversation identifying some of the themes in the movie.

“When someone is already used to being dependent on a person, it is not easy for her to stand on her own, even when that father is already dead,” Yuh Rohana said.

Yuh believes film is the easiest way to tell a story, even more so in the days of smartphones and other communications aids.

“We can find film in our gadgets, homes, everywhere,” she said.

Yuh believes working with others in film production is both challenging and rewarding.

“To make a film, you cannot only have one crewmember, you must collaborate with the director of photography, actors, and the art director, etc.

“But that also allows for the development of myself as a person.”

Yuh is familiar with both Australia and the ReelOzInd! festival and notes its potential to bring people together.

“Indonesia and Australia are neighbours and we have a good relationship. The exchange of films allows us to understand each other better and benefit both filmmakers and the two countries themselves,” she said.

Yuh is currently developing a feature project but is open to making more short films in the future.

Indonesian actor Reyhan Salman was part of the team that made Siwul (Whistle), a spooky production that won the Jim Schiller Prize for best film by a youth filmmaker (aged 13 to 18).

Reflecting on the award, Reyhan noted the complexities of the theme ‘voice’.

“We find it very interesting. Because ‘voice’ is something powerful that can bring a change to everyone, but it can also lure you down the wrong path,” he said.

He said their team chose film as their medium of choice as “we feel more free in developing our story ideas through films” and “we think that people prefer watching stories to reading them”.

“We didn’t know that much about Australia before. But when we found out about this event, we thought it was our chance to learn more about our neighbour,” he said.

Reyhan and his team’s interest in cinema is far from sated.

“I hope we can make even better films in the future, and can inspire other filmmakers to share their stories,” he said.
You can watch the full ReelOzInd! 2022 Australia-Indonesia Short Film festival on the ReelOzInd! website alongside festival reels from previous years. 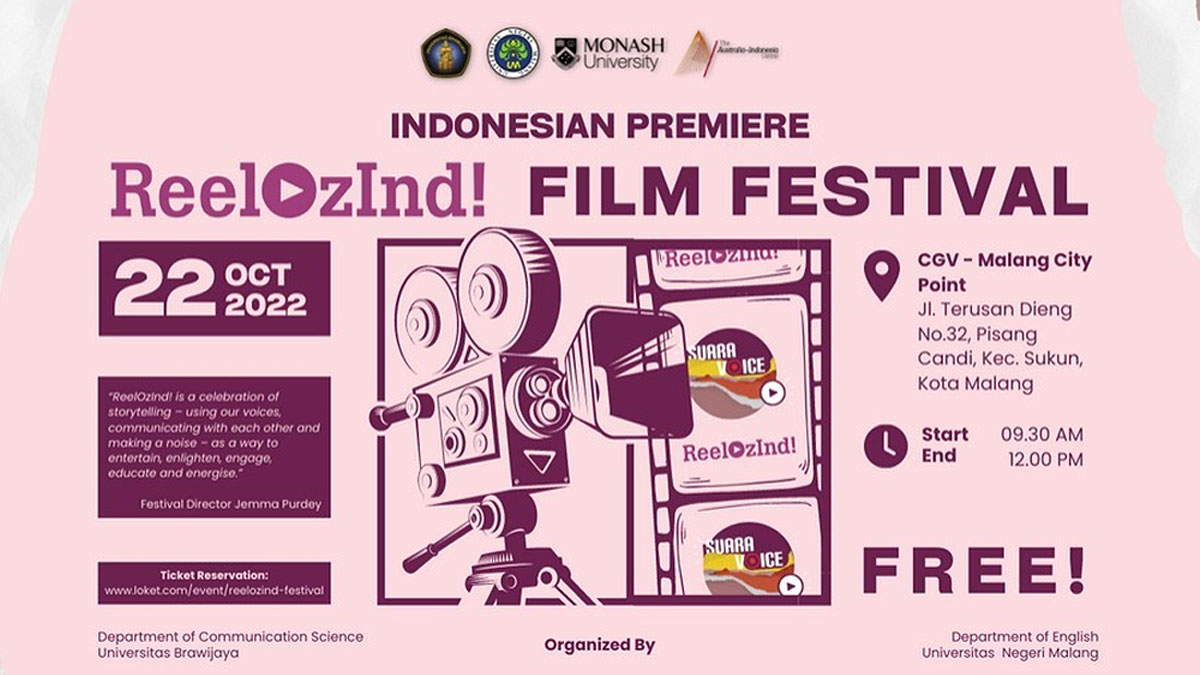