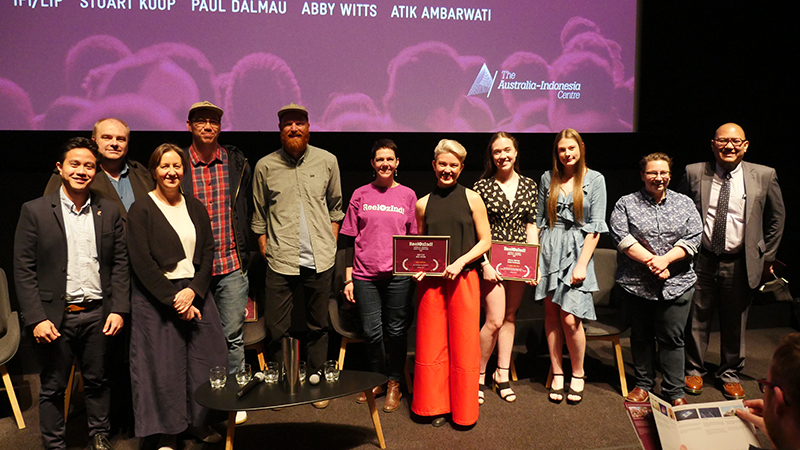 The 2018 ReelOzInd! Australia Indonesia Short Film Festival kicked off in Melbourne and Yogyakarta, with a screening of the best films, and Q&As with winners and special mentions.

The third year of ReelOzInd! delivered its finest assembly of short film yet to appreciative audiences at the Australian Centre for the Moving Image in Melbourne and Institut Français Indonesia in Yoygyakarta on Wednesday 26 September.

The Melbourne screening was opened by Festival Director Jemma Purdey and Victoria’s Commissioner to Southeast Asia Brett Stevens, fresh off the plane from Jakarta. Following the screening, critic and host of Movie Metropolis Peter Krausz sat down with five filmmakers after the screening to learn more about their creative journeys to ReelOzInd!

High school students Rosa Deverell and Aishlyn Trusler, co-director and co-producer of A Song for Isla (Special Mention Youth Filmmaker), told of the 30-minute brainstorming session they were allowed to come up with an idea. “We decided horror would be the best option” recounted Rosa, “even though I don’t actually like horror films”.

The girls’ teacher hadn’t told the group of five that she had entered their film in the competition until they were shortlisted for a prize. The news excited them, as did the opportunity to talk with fellow prize winner Ruby Challenger, director of Daily Bread (Best Film, Best Fiction), the tale of her own grandmother’s time in a Japanese POW camp in Indonesia. Ruby described feeling born to tell her Indonesian-born Dutch grandmother’s story, and graced the audience with a re-enactment of her grandmother’s storytelling from when she, Ruby, was still a child.

Also on the panel were Jared Nicholas and Scott Baskett from Starting from Scratch (Best Documentary), an intimate portrait of rapper and busker Brenton Torrens from Adelaide. The boys told of the trust needed with Brenton to allow the documentary to work, and their filmmaker’s luck when he announced he was launching his first album during the project. Tales of their nervousness watching their subject watch their film provided the enthralling extra dimension one hopes for at a film premiere, as did stories from all five winners. 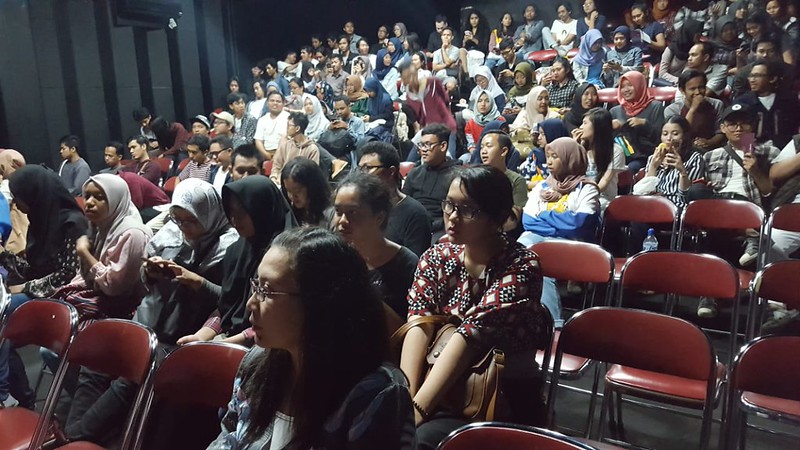 In Yogyakarta, hosted by local festival Partners Klub DIY Menonton, ReelOzInd! Jury member Novi Kurnia joined a discussion on youth and media and in the Australia-Indonesia relationship. Filmmaker and winner of the award for Best Collaboration between Australians and Indonesians, Wucha Wulandari, provided insight into the journey to making her documentary, Muslimah. A first-person account of her own struggle around her identity as a young Muslim woman, Wucha collaborated to make the film with the Brisbane-based production team, Kinetic Collective.

Following the big premieres, ReelOzInd! travels across Australia and Indonesia throughout September, October, and November, from Ciamis to Hobart, Bandung to Brisbane. Full dates appear on reelozind.com and new dates are being added as more events are confirmed.

10 October: The University of Tasmania, Hobart (in association with AIYA Tas), Hobart