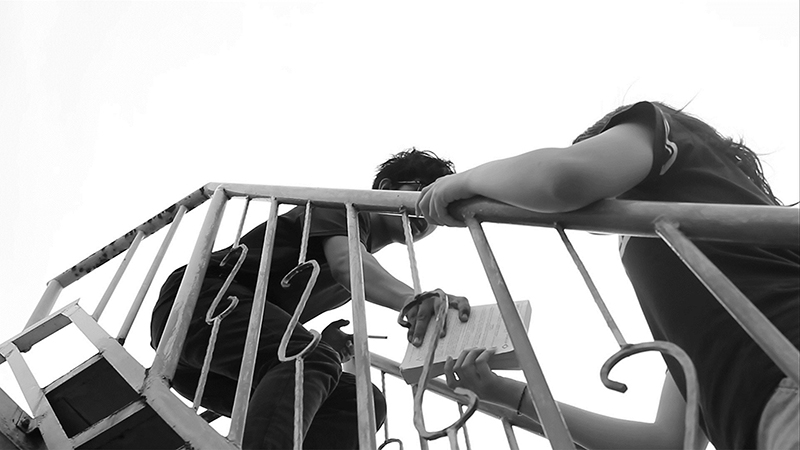 I am interested in making short films because I’m convinced that through film I can talk about my anxieties, I think about films are a bit like god, where we must speak with honesty.

Tell us about Unbalanced Corner, Unfinished Book. What was your inspiration for the film?

There is no specific or particular inspiration for the film as such, but I believe that equality of the sexes is very important.

Where was the film made? How many people made up the cast and crew? How long did it take to shoot and how long was post-production? Why did you decide to shoot in black & white?

The film was made in Jakarta with only two cast and two crew members. Everything took 3 to 4 days to complete. I decided to shoot in black & white for technical reasons, because the lighting was inconsistent. I think it was a good one.

How do you think Australian audiences will respond to your film?

I think they will feel it flows and carries them away because there are no cuts during the five minutes.