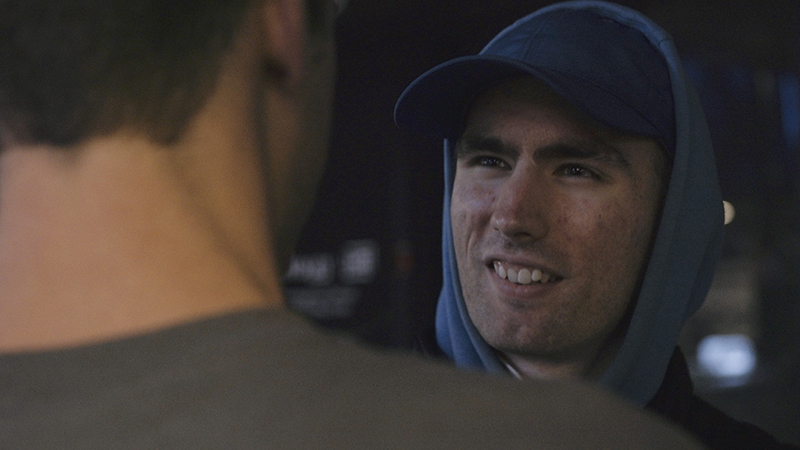 Scott Baskett and Jared Nicholson are the co-producers of Starting from Scratch, the winner of Best Documentary Short Film in ReelOzInd! 2018. Scott kindly shared some of the story of making the film, the inspiration behind it and how he thinks Indonesian audiences might respond.

Tell us about Starting from Scratch. What was the inspiration for the film?

Starting from Scratch originated from a project to make short films about people known around our city – often people with their own folklore and reputation – and exploring who they are in more depth but in turn exploring their unique perspective on the city in which we live.

I think people are often quick to judge those that they see as different as an ‘oddity’ or ‘quirky’ – a thing or person that’s there for us all to observe. In some cases this may be true, but if we take the time and flip that paradigm, they are the ones with a unique perspective on the rest of us. Through these peoples stories we can learn a lot about ourselves as well.

How did you meet your subject and convince him to be part of a documentary?

Brenton Torrens is known to many around Adelaide as a busker. Because of his chosen art form, people are quick to judge him for good or bad. For us to work with Brenton it was a matter of going up and introducing ourselves, explaining what we wanted to do and then spending the time together to capture his story. When we started shooting with Brenton he had not yet booked his first live performance. This was something that evolved over the time we spent with him. This is the beauty of documentary filmmaking – you often go into it thinking that you’re making one thing and quickly realise that you’re actually making something else, something better.

How long did it take to shoot and how long was post-production?

There were many late nights involved in shooting Brenton’s story, many hours spent watching Brenton as he plied his trade to late night party goers on Adelaide’s notorious Hindley Street. Overall, we shot on and off over a two-month period. Post-production was done in a week. Benton put a lot of trust in us to portray him fairly, so when we brought him into the edit suite to watch the final cut (something we always do), it was nice to know that he felt our portrayal of him was accurate.

Why did you submit your film to ReelOzInd?

When we heard that this year’s topic was ‘Youth’ we felt it aligned with Starting from Scratch and therefore submitted. We liked the challenge of taking our original 15-minute film and turning it into a 10-minute film and then being able to make it more appealing for an Indonesian audience.

More importantly though, I’ve always kept an eye on ReelOzInd. I’ve been a student of Bahasa since I was in high school. I was a product of a ‘90s education where Indonesian language was a priority in many Australian schools. I then went on to study at university (including time in Indonesia at IKIP Yogya and Padang) and then went on to teach Indonesian at several Australian high schools in Victoria and South Australia. Since changing careers nearly 10 years ago, I’m always on the lookout for anything that marries my two careers together – filmmaking and Indonesia.

Ultimately, I think there’s one thing that I can say with certainty – good relationships between Australia and Indonesia are extremely important. While our two countries have a variety of differences, it’s our similarities that really bond us. The more Indonesia understands about Australia and the more Australia understand about Indonesia, the better. The media often portrays the worst in our two countries to each other, so if we can have even a small part in increasing empathy and understanding then I’ll be proud of what we do. Both Indonesia and Australia are full of wonderful, interesting people doing amazing things – why wouldn’t you want to share that?

How do you think Indonesian audiences will respond to the film?

I’m hoping that an Indonesian audience will respond positively to the film. We never wanted to prescribe an emotion onto Brenton’s journey in this piece. We wanted the audience to try to decide for themselves what to think about Brenton’s story; what they want to take away from it. Brenton’s ingenuity and determination to earn a living his own way is a story I’ve seen reflected many times in Indonesia. I think it’s something an Indonesian audience will be able to relate to, so it will be interesting to hear what the audience takes away from his story.