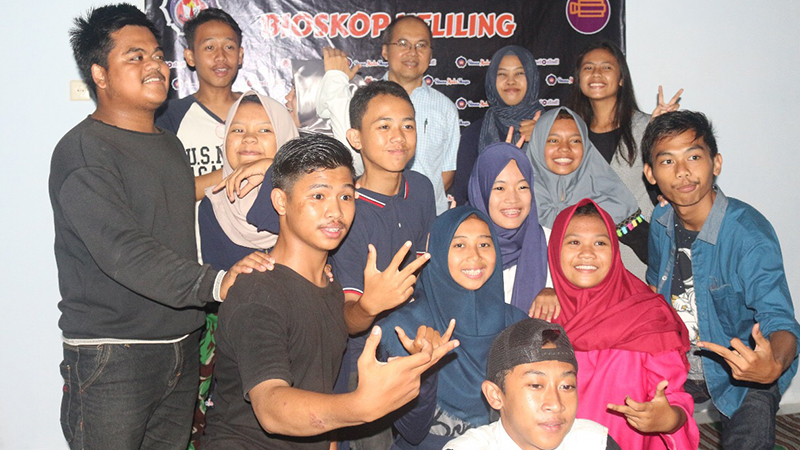 In 2017, the ReelOzInd! Australia Indonesia Short Film Festival or bioskop keliling screened in 12 Indonesian cities at 14 venues including  pop-up screenings in Makassar and Samarinda, new to the program this year. In Australia, the travelling festival screened at eight venues in half a dozen cities from Canberra to Cairns. Festival audiences in both countries watched 14 of the best short films carefully selected from 146 submissions by our judges (including for the first time, three ‘youth judges’ – high school students from Australia and Indonesia).

Two particularly special festival events in the Indonesian program this year were pop-up screenings at high schools in Java. The first was hosted by the Islamic Boarding School Pondok Pesantren (Ponpes) Darussalam Ciamis West Java, and the second by the State Vocational School Sekolah Menengah Kejuruan 3 (SMK 3) Jember East Java. Both schools were attracted to the idea of hosting a pop-up festival screening for their students not only because ReelOzInd! is an international short film festival, but also because of their interest in its theme this year – water.

Ciamis is a small town in West Java three hours drive from Bandung, home to around four hundred Islamic boarding schools. For this reason, it is known as a santri town, or town of devout Muslims and Muslim scholarship. Ponpes Darussalam was founded in 1929 by the late K.H. Ahmad Fadlil and is the oldest and one of the progressive Islamic boarding schools in West Java. The school began with only a mosque and a dormitory for a small number of students or santri at his village. Today, Ponpes Darussalam has 2500 students studying from kindergarten to university level on a large single campus, with some non-boarding students also. In 2016, a group of pre-service teachers and a lecturer from University of South Australia visited Ponpes and learnt about life at an Islamic boarding school.

In early 2017, I was introduced to the school leaders by some parents who have children at Ponpres, and later met with one of its senior teachers Dr Chusna Arifah to discuss a plan for the ReelOzInd! screening. Only a few months before our meeting, the Indonesian President Joko Widodo made a special visit to the school. In recent times, this is one of the modern religious schools that has received special attention from the government for its contribution to the education of Muslim youth in Indonesia.

The ReelOzInd! pop-up festival at Ponpes took place on the evening of Saturday 21 October, directly after the santri performed their evening prayer together in the student’s hall. This was also where, a few months earlier, President Jokowi met the teachers and santri during his one-day visit and where Slank, the most popular Indonesian rock band today, performed in front of thousands santri in September.

But tonight was special for the santri because they would see, for the first time, an international short film screening. For this event, they were excused from having to recite the Koran or mengaji as they usually do after the evening prayer. About 300 santri from the junior and senior high schools attended the screening, male and female santri sitting separately on the floor. Before the screening commenced, Chusna (as screening coordinator) and Yusron Kurniawan Jamal Putra (a santri in his final year) explained to me that due to the content, they would screen only twelve out of the fourteen short films. The selection was done a week before by a group of senior students under Chusna’s supervision. The school director Dr K.H Fadlil Yani Ainusyamsi, together with some of the teachers and the students’ parents, also attended the screening.

The screening event was opened with a short recitation of verses from the Quran by two santri. The recited verses talk about how God gives life to the earth by means of rain (water) and fills the earth with moving creatures. This was the first time I had attended a ReelOzInd! screening where the content was given a religious context. In his opening speech, Fadlil Yani said that the Pondok would be happy to host a ReelOzInd! screening again next year.

The screening started at 8pm after all the speeches were done. The santri sat on the floor while the parents sat on chairs behind. It went well, although some of the santri looked sleepy. Few of them, in fact, looked to have fallen. However, all was not as it appeared. After the screening finished, Yusron Kurniawan Jamal and other members of the organising committee led a quiz about the films. There were about 20 questions, such as: what is the name of the man who sells water in Water for Grandpa?; what is the man in The Gentle Giant holding and why?; why is the man in Sonnet 88 so upset and how do you relate to him?; what is the story Mukhtar is telling in Mukhtar’s Story?; what’s the main message in Acquiescence? Those who could give a correct answer would be given door prizes (t-shirts and vouchers for meals at the Ponpes canteens). To our surprise, the santri competed to answer the questions and most of them were correct. This was interesting because they did not seem to me to be paying a full attention to the films. “We usually make this kind of quiz and there’s the door prize to get their attention”, Chusna said. It was exciting to see the santri so enthusiastic about the screening. I was especially pleased that the organising committee used and adapted the teaching materials we had designed and provided for schools.

A month after the event in Ciamis we received an email from SMK 3 Jember asking to host a pop-up screening for their students. I was in contact with Erina, the multimedia teacher at SMK 3 Jember, to let her know about the ReelOzInd! bioskop keliling program. Erina and her students had attended the ReelOzInd! screening at Universitas Jember in 2016. Such a young enthusiastic teacher, she invited me to come to Jember to meet with Dr Abdul Majid, the vice principal, and discuss the plan for ReelOzInd!

Jember is not a new place for me. It is my hometown, located 200 kilometers to the east of Surabaya, the capital city of East Java province. Historically, Jember has produced tobacco that has been exported to Bremen Germany since the 1930s. SMK 3 is one of eight state vocational schools operated by the local government. It currently has 913 students studying one of nine vocational majors. When the school was founded in 1969, it had only two majors: cooking and fashion design. In 1997, with the rapid development of the city and its industry, the local government added seven additional majors. Other than state vocational schools, there are also 125 private vocational schools in the town.

The multimedia major at SMK 3 is one of the most popular choices among the students, where they make short films and animations. Erina told us that the students were as enthusiastic as she was to host a ReelOzInd! pop-up festival, as they would see examples of good short films and animations and also learn about Australia, Indonesia and water through the films as well.

“The most important thing is that ReelOzInd! will inspire students to make films that inspire themselves and whoever watches their films,” said Erina optimistically. She also said that the ReelOzInd! teaching materials would help the students understand the themes and messages within the films, because they should not just learn the skill of filmmaking but also the purpose of making a film.

The screening at SMK 3 was hosted by the school’s filmmakers group, SKAGA. Because the school does not have a student hall, the movies were screened in a classroom where they sat together on the floor. One hundred and six students attended the screening. Erina and another multimedia teacher, Irvan Ardianto, lead the screening. Before the main event began, a group of students performed Indonesian popular songs. It was Saturday and students only came to school for extra-curricula activities. Coincidentally, during the screening there was a heavy downpour of rain, which helped to focus the audience on the festival theme!

Like the students at Ponpes, this was the first time they had watched an international short film screening, so they were particularly curious about what they were going to see. The screening was divided into two sessions and in the interval we talked about what ReelOzInd! is, and the short films. Several questions and comments were raised with two students expressing their interest in submitting their short films for ReelOzInd! next year. Another student told us that she felt impressed by Water for Grandpa and Mukhtar’s Story and drew comparisons between the two films. Before the second session began, Erina announced that the students should pay particular attention to Fieranny Halita’s Acquiescence, the winner of Best Animation and Co-Best Film for 2017. She explained that the short film would be used as the model for the students’ homework. They were asked to create a stop-motion based on Halita’s film with a similar theme. “We’re preparing the students for a certification exam and I chose Acquiescence because its technique and story are excellent and inspiring,” explained Erina.

The school is currently seeking partners or institutions in the multimedia industry, including broadcast television, to train and educate its students in the real world multimedia field. The school’s multimedia major competes with other schools in Jember for government funding. “If we can produce the best works from students, we’ll be more likely to get funding from the government”.  I wish her the best luck for SMK 3 and I hope that the ReelOzInd! screening fulfills their wish to inspire and improve the students’ skill and understanding of filmmaking.

Attending and watching the ReelOzInd! screening with students at Ponpes Darussalam and Sekolah Menengah Kejuruan 3 Jember was a great experience. What became clear is that for some students making short films is an obsession and for the others it is just something fun to do. Whatever their motive, Indonesian youth are embracing this medium for their creative and social expression. Finally, the experience reveals the impact of ReelOzInd! as a short film program for improving students’ understanding of how Australians and Indonesians can connect with each other.

Dr Gaston Soehadi is a member of the ReelOzInd! Working Committee and its representative in East Java and beyond! Gaston holds a PhD in film studies from the School of Media, Film and Journalism at Monash University. 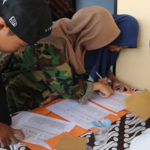 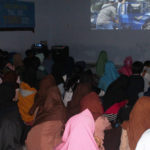 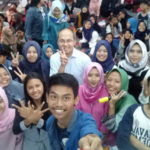 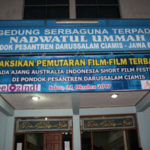 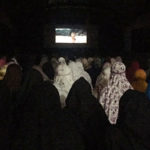 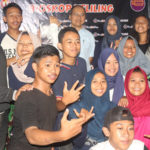