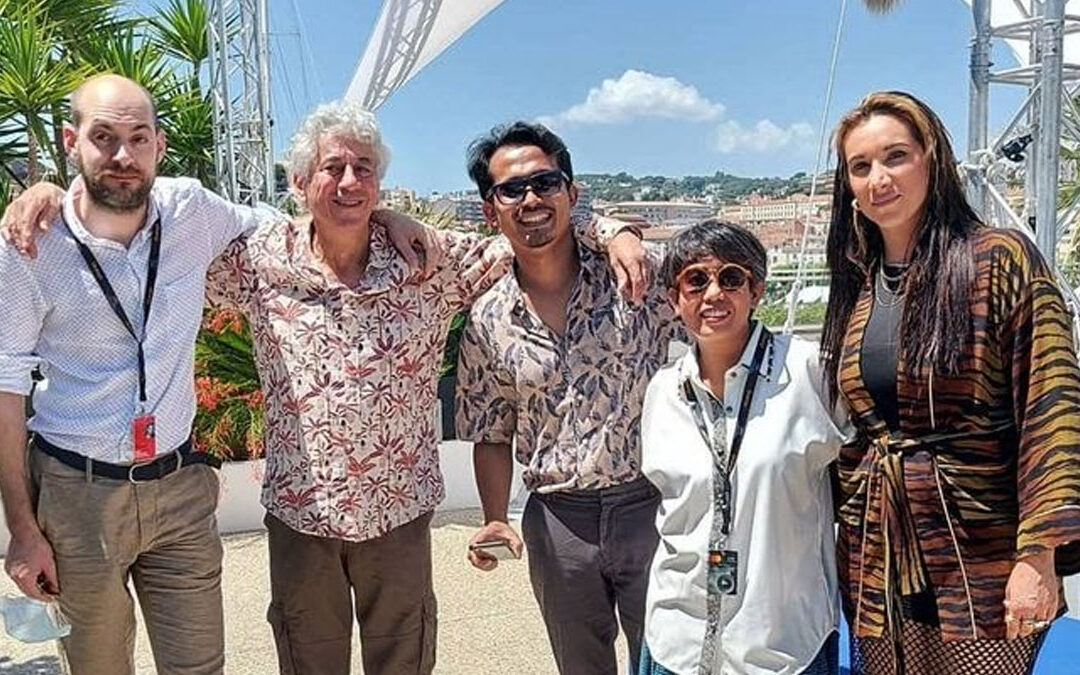 Filmmakers with links to the ReelOzInd! Australia-Indonesia Short Film Competition were recently in Cannes as part of an exclusive, yearly event that connects promising directors with industry investors.

Yosep Anggi Noen (above, middle), a member of the 2017 & 2018 ReelOzInd! jury and Yulia Evina Bhara (above, second from right), a member of this year’s panel, were among 15 filmmakers from around the world selected to participate in the Cannes Film Festival’s L’Atelier 2021.

The duo were invited to Cannes to present their latest feature length project, Jilah and the Man with Two Names. They were nominated based on the quality of their project and past films, as well as the status of their financial strategy.

They have collaborated in many highly-acclaimed films such as Istirahatlah Kata-Kata, which won several awards including the Golden Hanoman Award at Jogja Asian Film Festival 2016 and Best Film award at the ASEAN Film Festival 2017, as well as The Science of Fictions, which clinched the Special Mention award at Locarno Film Festival 2019.

Anggi and Yulia were in Cannes between 8-13 July as part of the programme.

ReelOzInd! wishes to extend congratulations and best wishes to both Anggi and Yulia!