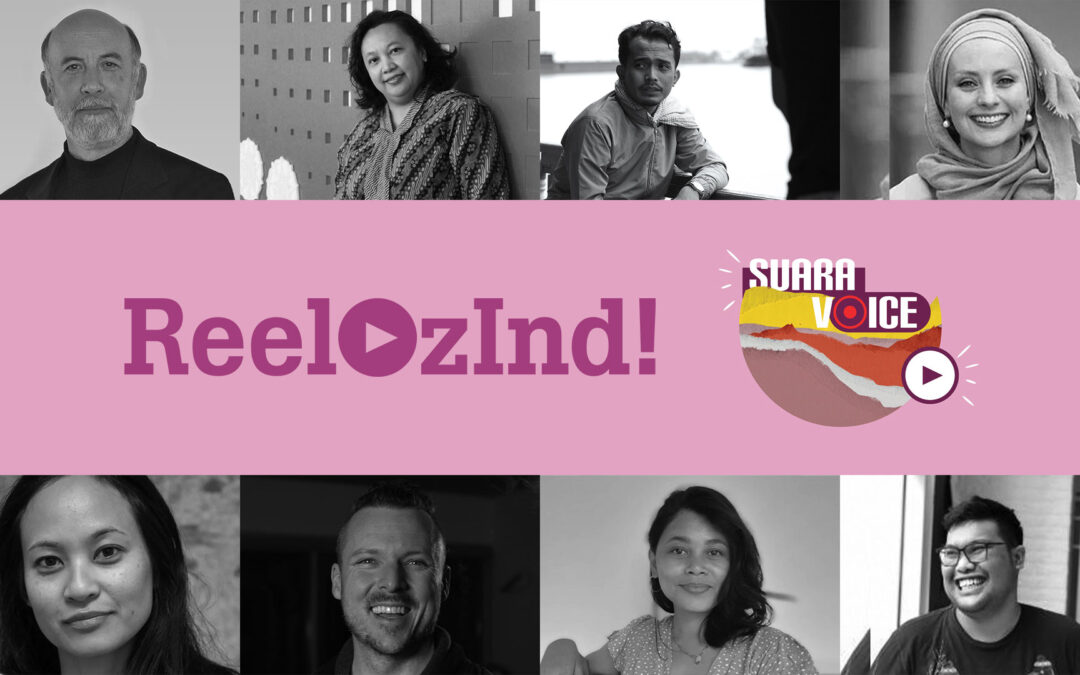 The Australia-Indonesia Centre and ReelOzInd! are proud to announce the ReelOzInd! 2022 jury, an expert group of filmmakers, critics and artists who will deliberate upon this year’s set of short films from Indonesia and Australia.

“This year’s jury is a wonderful, diverse group of Indonesian and Australian filmmakers, academics, artists and writers,” said Festival Director Jemma Purdey. “We’re proud to have such exceptional people on board again. It goes without saying that the ReelOzInd! Australia Indonesia short film competition and festival would be nothing without the generous contributions of our jurors.”

“We thank this talented group of creatives from both Australia and Indonesia for their efforts and dedication,” added the Australia-Indonesia Centre’s Executive Director, Dr Eugene Sebastian.

Profiles of our Jury can be found on the ReelOzInd! website, with interviews and more planned for the coming weeks. News of the festival, its jury, filmmakers, screenings and opportunities to take part will be offered up on the website in addition to the social media channels of both ReelOzInd! and the Australia-Indonesia Centre, which include Facebook, Twitter, Instagram, YouTube and LinkedIn.

Submissions to the ReelOzInd! 2022 Australia Indonesia short film competition and festival are currently open via FilmFreeway and close on 1 August. This year’s hybrid online and in-person festival kicks off in October, centring around the theme of suara/voice.