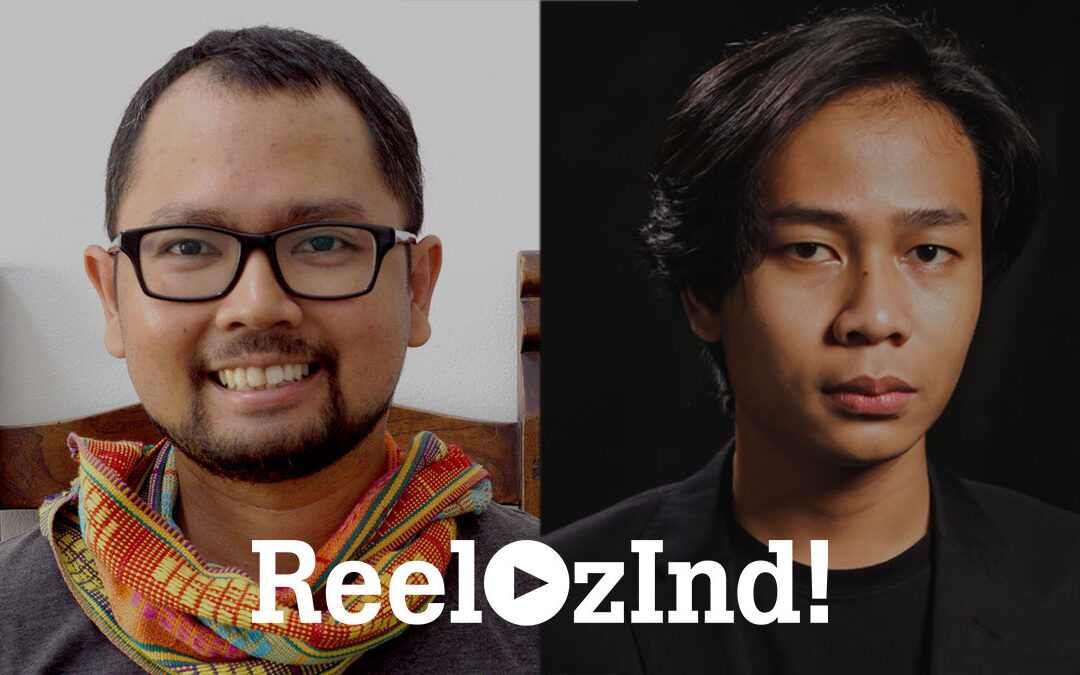 As the world battles the pandemic, short films tell stories of courage, humour and work to reconnect us with family, friends and neighbours. The AIC spoke with some of the directors whose films have been shortlisted for this year’s awards.

Even as humanity battles to overcome a global pandemic, despair is very far from the minds of film directors in the ReelOzInd 2021 short film festival.

From this year’s crop come stories of joy, humour and courage, even as COVID-19 has taken a high toll in lives across the world and particularly in Indonesia.

An animator who dreams of the beach

Director Andra Fembriarto (above, left) was behind an enchanting maritime-themed animation named Splish Splash that made the judges’ shortlist.

Two bickering children are central characters who put aside their differences to defeat two pirates who want to steal a sacred necklace.

“I hope it made you want to go to the beach,” he told AIC good humouredly during our interview.

Andra drew inspiration from his nieces’ troublemaking days as children who would bicker and play make believe. The fantasy world is also a key theme with the director taking inspiration from the cultural values of the Bajau, Manggarai, Toraja, Nias, and many other peoples of Indonesia.

“Family and respecting our ancestors are values that unite us as Indonesians,” he says.

“Also, I wanted to tell a story inspired by the maritime way of life since we live in an archipelago.” 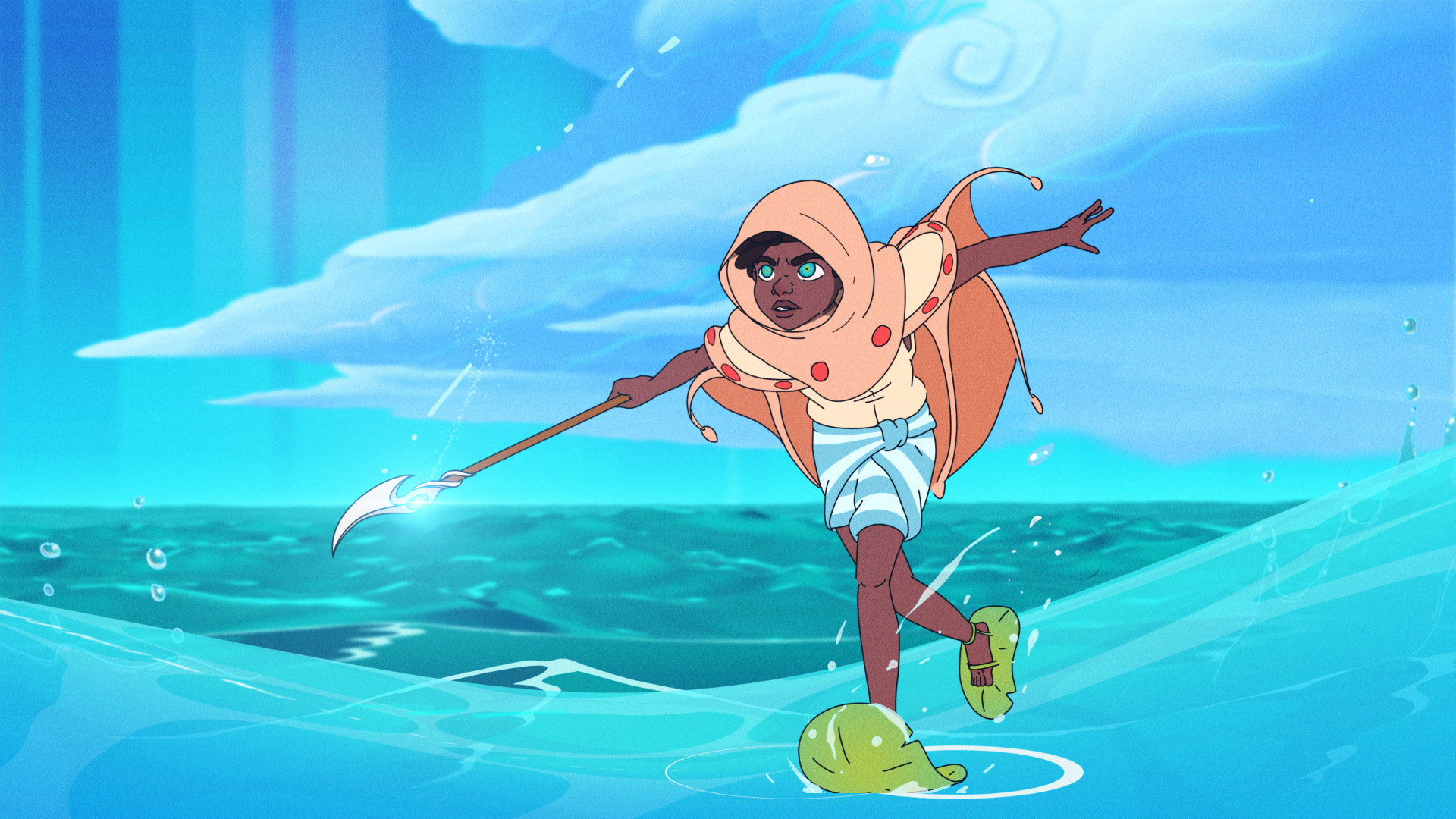 As a director, Andra has made one 2D short animation before; it was called Utan The Rambutan and animated by Lanting Animation. Since his personal studio, Studio Amarana, is mainly a live-action film studio, he has to collaborate with animation studios.

“In terms of production, animation gives more freedom for our imagination,” he said, explaining his attraction to the genre. “Artistically, there is a sort of nostalgic wonder in a 2D style animation. It’s as if we’re watching sketches from our school notebooks come to life.”

With the theme of connection/koneksi driving this year’s film festival, Andra explained how his work fit in.

“Be kind, have fun… that is the one message that I hope viewers will take away from Splish Splash,” Andra said.

A kite for freedom

In contrast, Bertrand Valentino’s Kite (Layang) tells the story of a child who is quarantined for fear he carries the COVID-19 virus, but nonetheless finds ingenious ways to play.

Bertrand (at top, right) is accomplished in his craft and was named last year’s Best Young Filmmaker. He enjoys the genre because “I can convey many messages, even conveying a fact from several points of view with an interesting storyline”.

He lives in Klaten City, Central Java, where, tragically, virus infections have been high, creating an environment where many people are ill and others are afraid of losing access to money due to lockdown measures.

Many people are sick, many people are afraid and many people are struggling to make money during lockdowns.“In my view, kites represent a high hope for Indonesian children especially in my hometown, Klaten,” he said of his decision to focus on a simple toy.

“As one of the cheapest forms of entertainment and pretty easy to get, a kite is a source of happiness. For those reasons, I chose a kite because I wanted to show how it would be if the cheapest and simplest source of joy was snatched away, forcing children to stay home amidst the pandemic.”

To Bertrand, the kite represents a sense of liberation that has been somewhat forgotten during the pandemic.

“The kite that flies over the sky represents freedom, the winds blow and could bring kites anywhere, in the same way children should have freedom to explore their world and fulfill their curiosity.

“However, once the pandemic comes, they are forced to stay at home, do everything at home and interact with friends via the internet.” 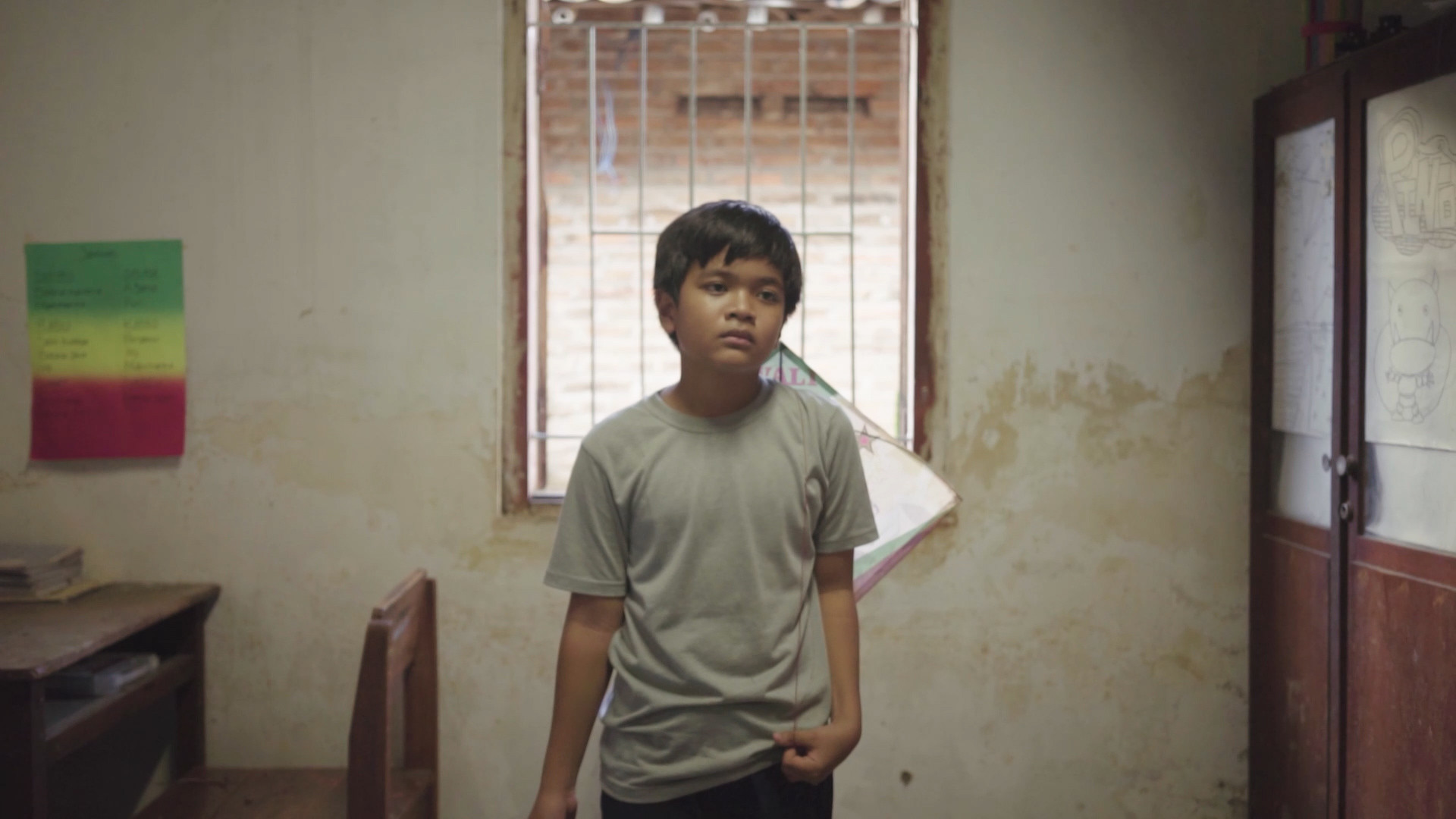 A still from Kite (Layang)

Through the creation of Kite (Layang), Bertrand derived joy.

“I really enjoyed the filmmaking process, observing children’s activities and seeking to feel what it would be like to be trapped in a room alone for several days,” he said.

“Fiinally I was able to build the character in my mind to create the main character of Pinto who was played by [actor] Banyu.

“I gave freedom to Banyu in representing and improving the main character that I created. I’m so glad that he successfully developed the main character really well during the filming process.”He notes the pandemic has been hard on children, albeit there are also points on which to be positive.

“In my opinion, the pandemic is really affecting Indonesian children in both positive and negative ways,” he said.

“On the positive side, children are being able to know technology earlier than the previous generation, because they are forced to interact online by using digital technology such as laptops, and smartphones.” 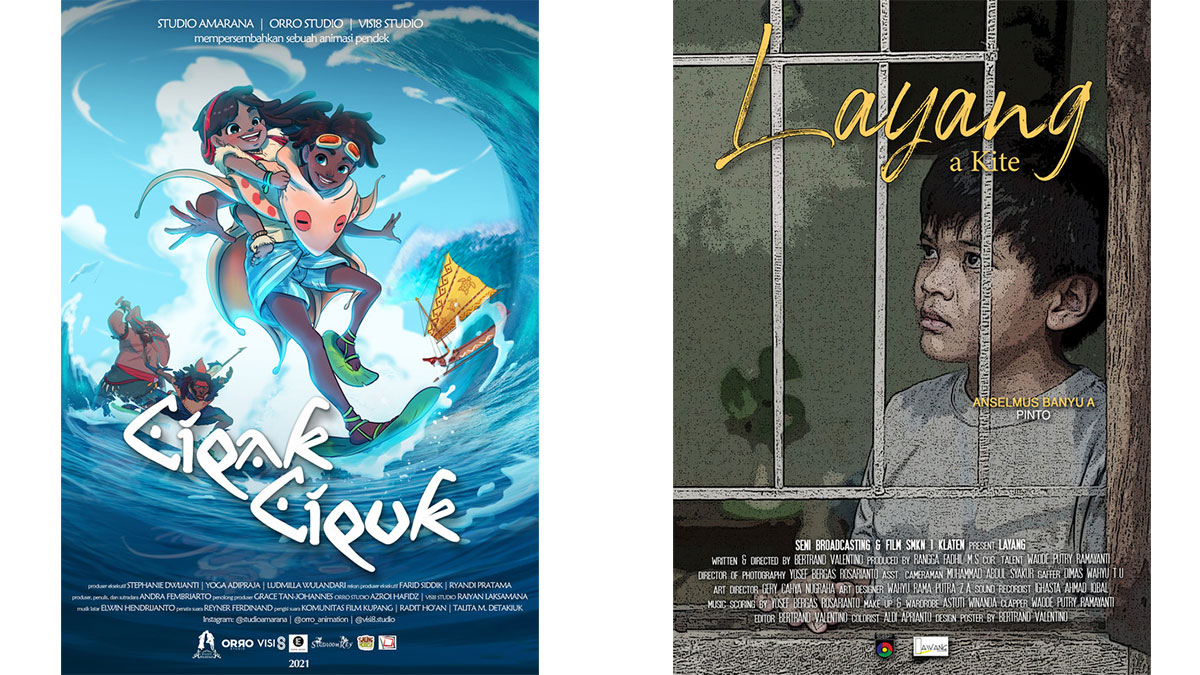 Andra and Bertrand both experienced the challenges of movie-making during the pandemic, albeit with sharp differences owing to their contrasting genres.

“All of our production meetings and even voice recordings were done remotely. So, more time was needed to communicate creative directions,” Andra said.

“A process that could’ve been done in a month took twice as long. The most memorable challenge was when we recorded the voice actors; on that day, Kupang had a blackout for six hours. But, because we already paid for the studio, we went ahead and recorded the actors in a mobile phone-lit music studio.

“Also, during the production, I was working full time so it was quite a balancing act to maintain the schedule of the project.” 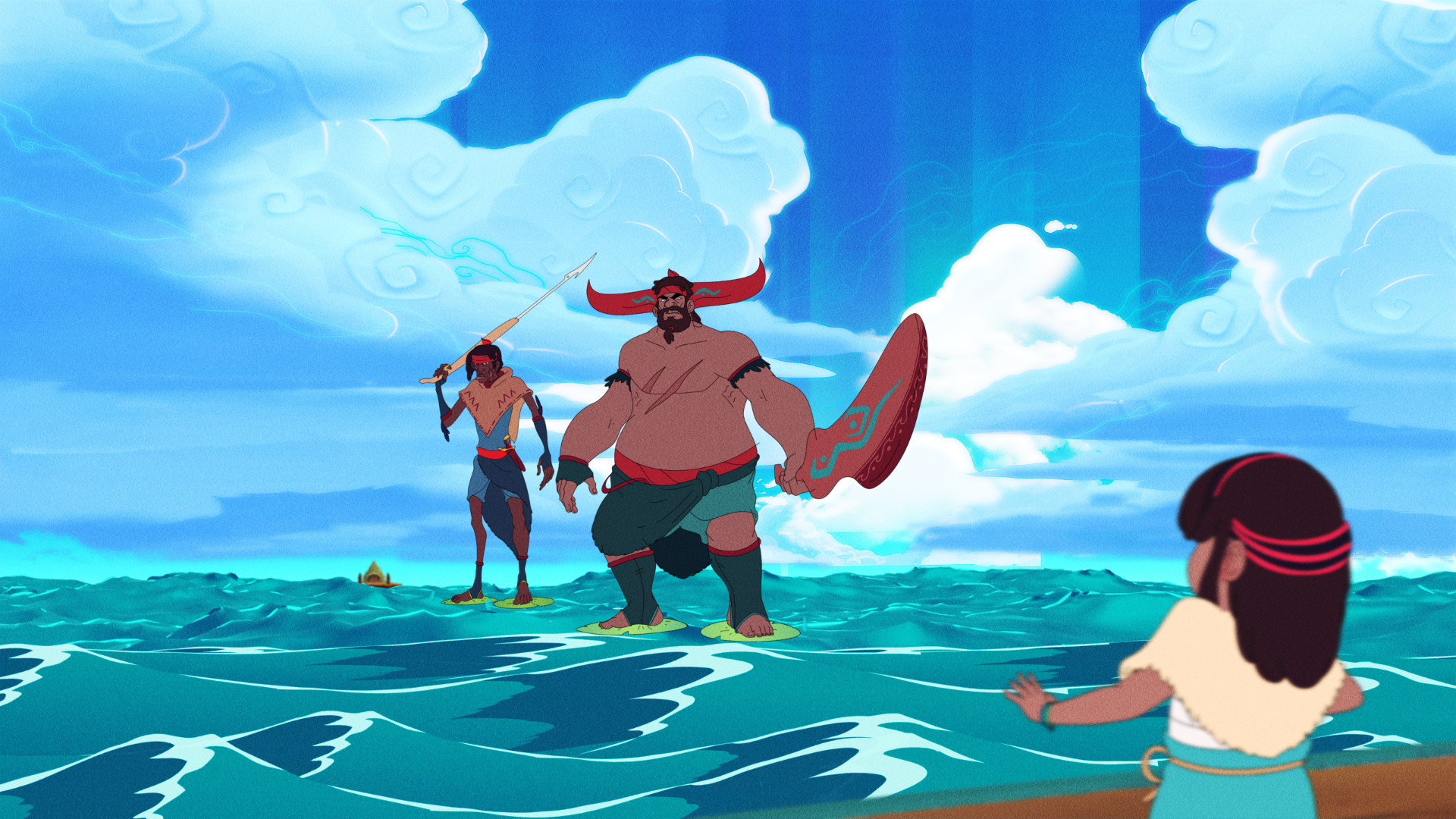 Andra said they overcame COVID challenges by doing as much as possible remotely.

“We overcame covid challenges by doing everything remotely and when there were times where some of the crew had to come together for music or audio recording, we made sure everyone was following social distancing protocols,” he said.

“Luckily, we only had a few days where people had to meet face to face.”

“I had to work with limited crews, in such a tight schedule, and in the meantime the shooting location was not allowed outside home,” he said. 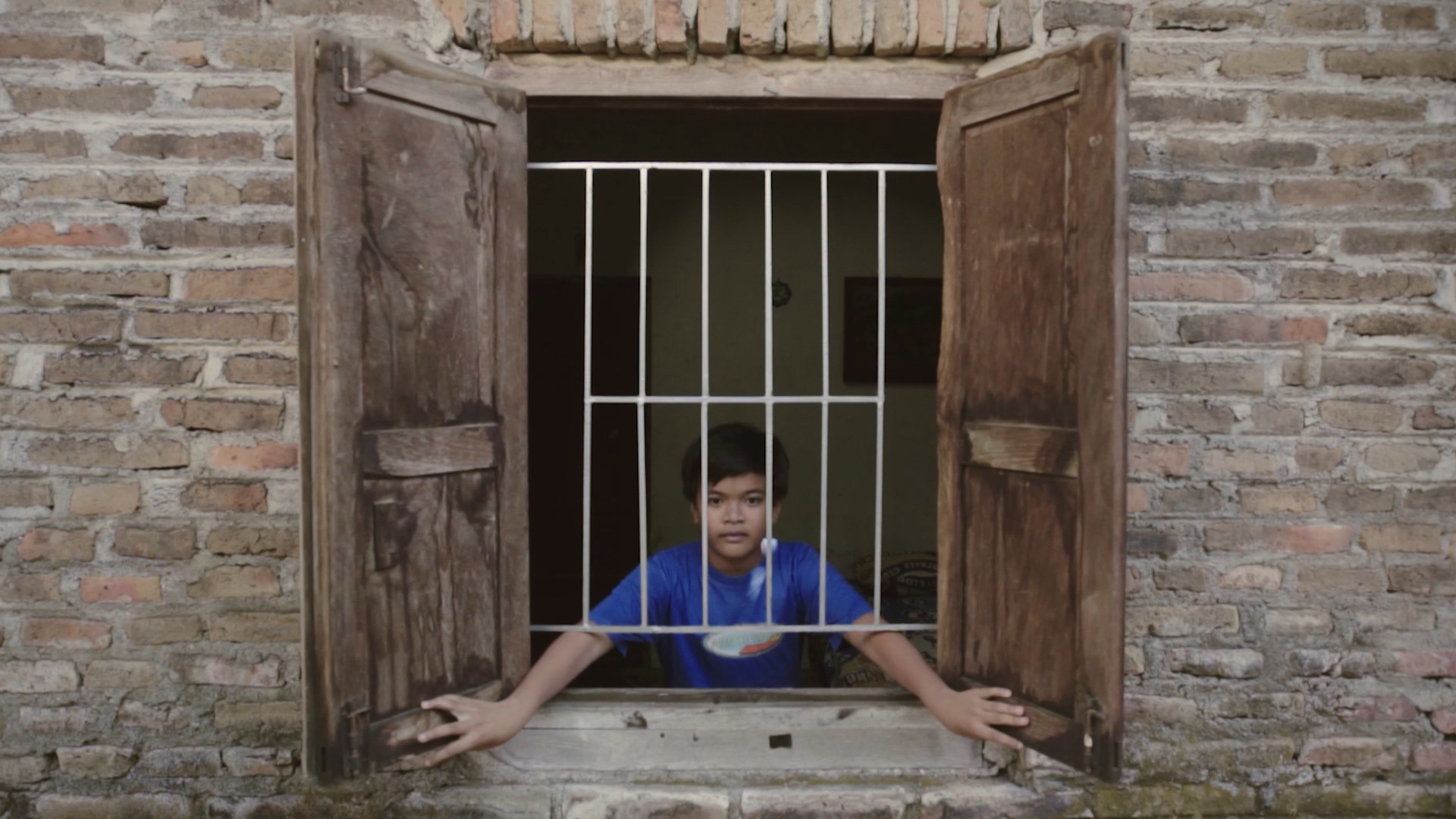 A still from Kite (Layang)

“Our filmmaking crews also had to strictly apply the COVID-19 health protocol to ensure our safety.

“However, with those difficult conditions, we turned those challenges into creative solutions and for sure all of the crew members really learned alot from this film production amid the outbreak.”

ReelOzInd! 2021 premieres on 10 October with awards for Best Film,  Best Documentary, Best Animation, Best Fiction and Best Young Filmmaker. A special Q&A with select ReelOzInd jury members and filmmakers immediately follows. The full program will also be made available to viewers on demand following the premiere.