Divergensi the winner of the 2019 People’s Choice Award 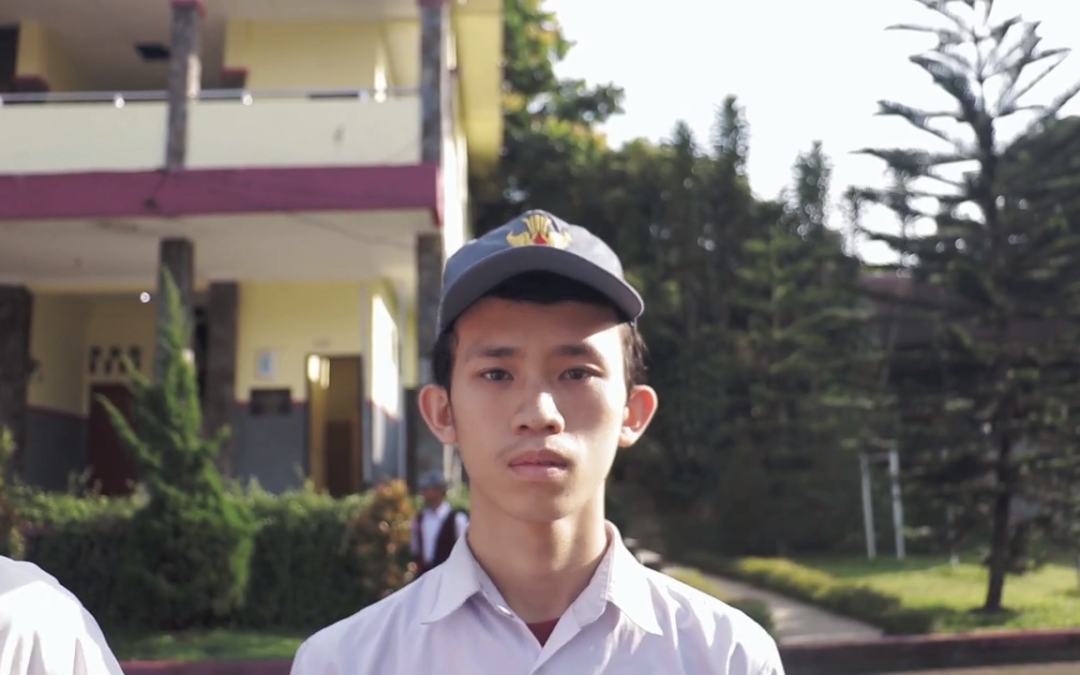 Short film buffs have cast their ballots and awarded Divergensi the honour of the People’s Choice Award at the ReelOzInd! 2019 Short Film Competition and Festival.

Directed and produced by Jonggi Muhammad K and written by Albarra, Divergensi is a five-minute film that centres around a student who is singled out and treated differently because of a disability. A simple act of kindness by the student begins to change how his peers treat him.

“Divergensi is a wonderful short film about the power of kindness to change people and attitudes,” said Festival Director, Jemma Purdey. “In addition to the film’s compelling narrative, the cinematography and editing is excellent.”

“Given that the filmmakers are still under 18 years of age it goes to show that Indonesian cinema has an exciting future ahead,” Purdey continued.

“Divergensi will suddenly change the way you think of certain people,” added Australia-Indonesia Centre ReeIOzInd! Fellow (Indonesia), Gaston Soehadi. “What I love about this film is that it carries a message of simplicity in every day life and how it can profoundly affect other people. The fact that Divergensi is shot entirely at a high school in Sukabumi, a small town in West Java, adds to the message that a powerful, yet humble film can come from any place.”

Divergensi received a lion’s share of votes cast by the public, with Singlaris/The Fortune, Promises/Janji, and Tukik neck and neck for second, third, and fourth place, respectively. Online voting for the People’s Choice award was held on the ReelOzInd! website, open from the start of the festival through to late December 2019.

“Firstly, thank you to ReelOzInd! for organising this event,” Jonggi Muhammad K said, accepting the award on behalf of himself and Albarra. “It’s very amazing for filmmakers in Australia and Indonesia.

“I’m so grateful for the People’s Choice Award and didn’t expect to win it – thank you very much to the people who chose our film. I am very happy that this film can convey a message to many people and hope it will benefit us all; that’s our goal in making films.”

The festival screened in almost 30 locations across Indonesia and Australia in collaboration with ReelOzInd! pop-up festival partners.