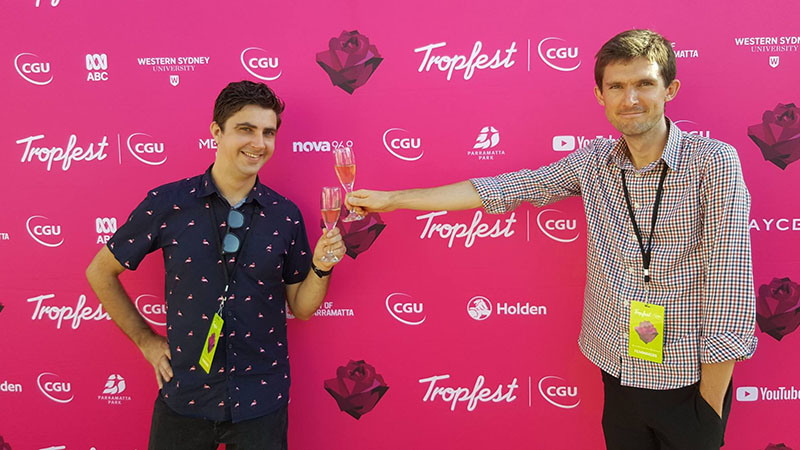 “Shorts are all about telling a personal, unique story. They are a window into an individual and their surrounds.” – Nick Baker

Nick is Co-Director of Seek and Hide Productions in Sydney, with his school friend Tristan Klein. Together they took out the top prize at Tropfest New York in 2013 and placed runner-up twice at Tropfest Australia in 2016 and 2018.

Their 2017 short film The Wall, narrated by David Wenham, was nominated for an AACTA Award, Australia’s highest film accolade.

Nick believes strongly in the power of short film, one reason being the low barriers for entering the industry. “Some of the best shorts I’ve seen have been made by small teams, on a shoestring budget… All you need is a good idea.”

Having worked in media and communications in Indonesia, Myanmar, the US and Australia, Nick speaks from first-hand experience when he says that though “the world is constantly changing… it really feels like a time of major flux at the moment.”

The ReelOzInd! theme for 2019 is ‘change/berubah’, and amid shifting powers, technologies and bi- and multilateral relationships “it will be interesting,” Nick says, “to see how filmmakers use this theme.”

Nick has been a member of the ReelOzInd! Advisory Group since the festival’s first edition in 2016, and sees it as “a great chance for both countries to get a better, deeper understanding of each other.” He says, “I think we need to work harder for our countries to get closer at a ‘personal’ level. Indonesia is sadly a big unknown for many Aussies… [and] short films are a fantastic vehicle to help change this.”

Submissions to the ReelOzInd! Short Film Competition and Festival are now open. Visit www.reelozind.com to learn more and submit your film.

Nick tweets from @nbaker_au, and you can find his film work at Seek and Hide Productions.

A PDF version of this press release can be found here.